Dartmouth students watched dozens of movie premieres each day at the 66th Edinburgh International Film Festival in the capital of Scotland. (photo courtesy of the Dartmouth Department of Film and Media Studies) 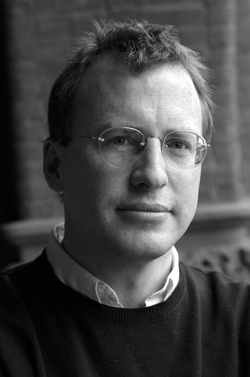 “I started attending, researching, and writing about film festivals,” he says. An associate professor of film and media studies, Ruoff says it is important to expose students to the “increasingly important role that festivals play in film culture worldwide.”

But there are certain prerequisites for a festival to be a viable Dartmouth FSP: in order to facilitate enrollment, it needed to take place in an English speaking country, during summer term. Ideally, the festival would be located in a historic city with additional cultural offerings for students.

Edinburgh and the EIFF were a natural fit. The Scottish capital boasts a rich history, having been a center for the 18th century enlightenment movement. The city has two distinct sections: an “old town” with a medieval fortress, and a “new town” that features neoclassical architecture. The EIFF has added to Edinburgh’s cultural heritage. Founded in 1947, it is one of the oldest international film festivals, and premiered notable films including The Hurt Locker, Little Miss Sunshine, and An Inconvenient Truth.

Ruoff and his students attended this year’s EIFF, which ran from June 20 to July 1. The festival is a major component of the FSP, which included students from each class year. The group attended screenings, participated in Q&A sessions with directors, and listened to panel discussions. The festival premiered dozens of movies every day, while also showing a few older films.

Many of the featured films will not get distribution in the United States, and this was a chance for students to absorb a range of productions.

“I tried to watch films from as many countries as I could,” says Alex Stockton ’15. “I rarely get to see low budget work from other countries, so this was my opportunity to get exposure to contemporary international cinema.”

Despite its international reputation, the festival retains an intimate quality. There was time to interact with other attendees and discuss the industry. Gavin Huang ’14 was impressed with the access students had to filmmakers. “We were invited to network with some of the biggest names in the film industry and treated as equals.”

For the remainder of summer term, Dartmouth students continue taking three courses at the nearby Screen Academy Scotland at Napier University, including a class taught by Ruoff on film festivals. Students are also producing music videos for several Edinburgh bands. This project allows students to gain firsthand experience in production stages as they research shooting locations, write the scripts and storyboards, and film the videos.

Ruoff says students are privileged to be living in one of the most scenic and historic cities in Europe. And there was another bonus of being in Edinburgh this summer.

“On June 13, the Olympic torch passed directly by our school,” Ruoff says, “We all rushed outside to join the cheering crowds.”